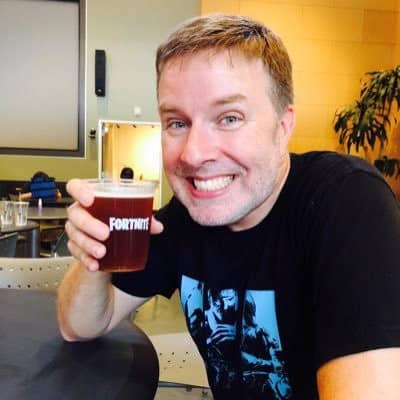 Jay Hosfelt has worked in the video game industry since 1994 specializing in animation, motion capture and gameplay systems.  He is currently Lead Animator of Special Projects at Epic Games which focuses on developing cutting edge, real time, technology used in films like the Mandalorian and games like Fortnite. He has worked on the Unreal series, Gears of War trilogy, Paragon, Fortnite and most recently the Unreal Engine 5 reveal.  Over his 17 year history with Epic, he has built award winning animation teams, helped define pipelines, shipped multiple AAA games and helped push the animation toolset for the Unreal Engine.  The Unreal Engine has not only been used to create games like Fortnite, it has also been used to create hundreds of video games by other companies, film productions, architecture, VR and AR, theme park rides, automotive design, etc.

Jay believes strongly in giving back and helping a new generation of tinkerers, animators, artists and game developers.  He has been an invited speaker to events like the Game Developer Conference in San Francisco, Digital NatioNZ in New Zealand, Promised Land Art Festival in Poland, and King Abdullah’s Gaming Lab initiative in Jordan.  Jay has mentored teens for First Robotics on creating animated short films, and he has sat on the Business Alliance advisory board at Moore Square Middle School, and the Digital Media Advisory Board for Middle Creek Highschool.  The main focus on these boards was to connect students with local businesses for learning, shadowing and internship opportunities.